Radio presenter Blakk Rasta has launched a scathing attack on Victoria Lakshmi Hamah for calling for his removal from radio.

The former Deputy Minister of Communications who doubles as the Executive Director of Progressive Organisation for Women’s Advancement (POWA), through her medium, condemned the Zylofon FM show host for describing her as a “misfit, sickle cell brain-diseased” former government appointee.

The said comments were made by Blakk Rasta on his Facebook wall after Hamah threatened to sue him for mentioning her name under a post by IMANI Ghana boss Franklin Cudjoe.

“I have been thinking saa. What can I do to get $1m fast? I don’t want any wagadri solutions,” Franklin Cudjoe’s post read; to which Blakk Rasta responded saying “Ask Victoria Lakshmi Hamah.”

“Remove this nonsense this minute otherwise I will see your stupid self in court. I have heard the many nonsense comments you have made about me in the past and I only chose to ignore your ignorance,” an obviously displeased Hamah rebutted with rage.

But the ‘Salaga Soldier who fears no bullet’ was unfazed by the threat. 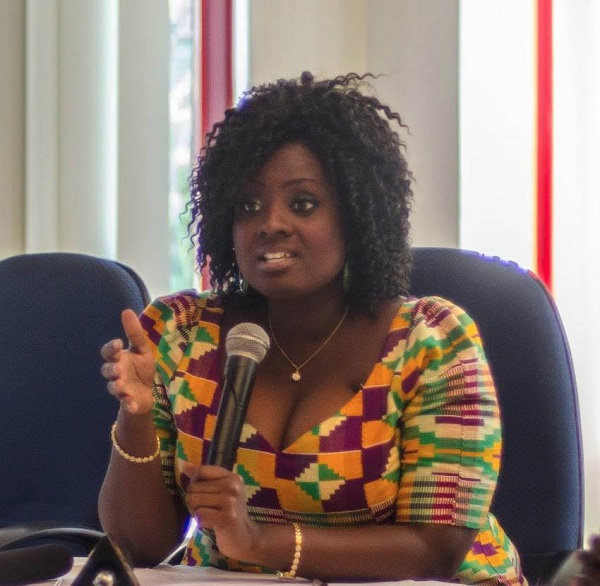 This triggered a call for his removal from radio as Hamah deemed his statement discriminatory.

In a statement signed by Hamah and copied to the Sickle Cell Foundation of Ghana, Ghana Coalition of NGOs in Health (GCNH), National Media Commission, Ghana Journalist Association, Ministry of Gender and Social Protection, Ministry of Health, Commission for Human Rights and Administrative Justice (CHRAJ) and Media Foundation for West-Africa (MFWA), POWA said it “considers the discriminatory use of sickle cells disease as an abusive attack on Victoria Lakshmi Hamah by Blakk Rasta as insensitive and an affront to persons living and suffering from the sickle cells disease. His comment clearly demonstrates his overly callous and inhumane view of people living with the sickle cells disease.”

Reacting to a GhanaWeb publication about the statement, Blakk Rasta without mincing words labelled Hamah as a “desperate, cleptomaniac, $1million– thieving strategist.”

He added that the former minister “is such a grumpy, buffoon of a loser”.

“What did you do for women than plan to steal $1million of Ghana money? Such a waste of a failed politrician!” he fumed.

In 2014, then President John Dramani Mahama fired Hamah after a tape was leaked on which a voice purported to be hers was heard telling a female interlocutor that she did not intend ruining her chances in government with petty squabbles with her boss, when she had not even bagged a million dollars yet.

Kennedy Agyapong has scandalised the court – Deputy A- G